As part of reinstalling systems after hard disk failure, I wanted to set up another local test website to try things out. I learned this the hard way: the online blog is not the best place to play around!

In the beginning, I had disk A and B. Disk A died. I bought disk C. Disk C turned out to be faulty. I asked for a return and for the same time I installed a small Gentoo Linux installation in my SSD. Then Disk D came as a replacement for disk C. I installed another system on Disk D and copied the backup from Disk C. Then I discovered that Disk C has bad sectors as well.

I will write about the messy situation later, but apparently it is time for me to place an order for a new drive E, as well as a new power supply unit as the current one might be the cause.

At least, they say bad things come in three, right?

My hard disk drive had died yesterday. I bought it in late 2015, and it died after being in service for about four and have a year.

I was playing Football Manager, and suddenly I noticed a different noise among my fans’ cheering. After finishing the match and the cheering sound effect had stopped, I could finally determine the noise: it was from the hard disk drive! Feeling a bad omen, I immediately checked dmesg, saw various SATA errors, attempted to call gparted only to be notified that my /usr/bin directory is already inaccessible, and basically my system was alive only because of Linux’s aggressive caching… 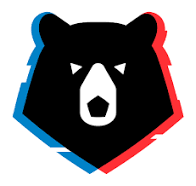 And, looking at the bear logo of the Russian league, I know what team I am going to pick.Read more“Football Manager 2019: Setup for a second game”

I have been using bash for a few years, and I found it hard to migrate to other shells because I have already created a small collection of helper functions and scripts for my everyday use.

For zsh, I had quite some analysis paralysis for it: it is not quite functional right after installation, but the commonly installed oh-my-zsh comes with about one hundred themes, and the configuration starts to get overwhelming. And to make things worse, this is not completely about aesthetics: each theme offers different functionality and look and feel.