A new era has begun: the era of reformation and colonialism!

And for our Clanricarde, it is also the era of constant war against the Kingdom of Saxain. 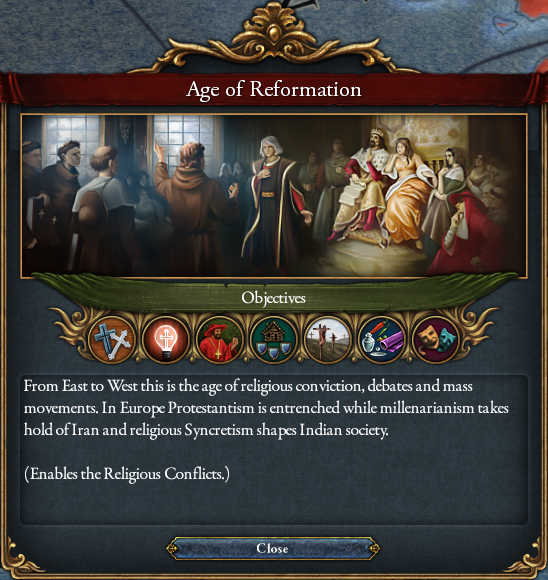 By the year of 1537, we finally managed to bring Catholicism back to Connacht. At that time, more than half of Clanricarde had been converted to a “reformed” heresy. It took us another few decades to finally overcome the zeal of the convert, and bring back religious unity. 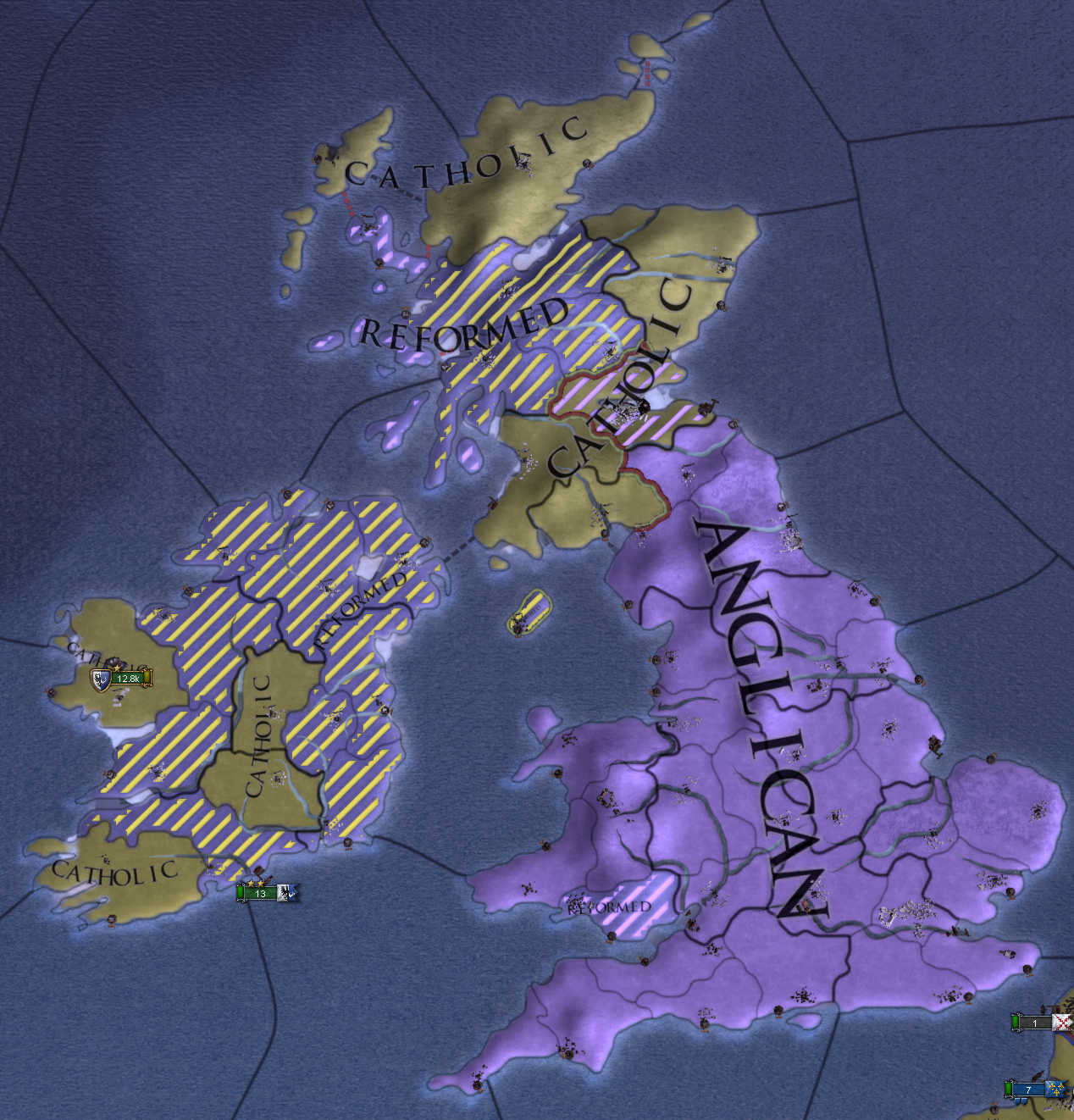 In 1477, Christopher Columbus, with his fleet, visited Galway. He saw evidence of “Men of Cathay” landing there from the ocean. In hindsight, we know that what he saw was probably Inuit people. But at his time, this helped him spark the idea of sailing westwards. They discovered a new archipelago west of our known world.

Thus started the era of Colonialism. To be precise, it started at the port city of Porto, as Phortaingéil was the main sponsor of Columbus’ voyages. 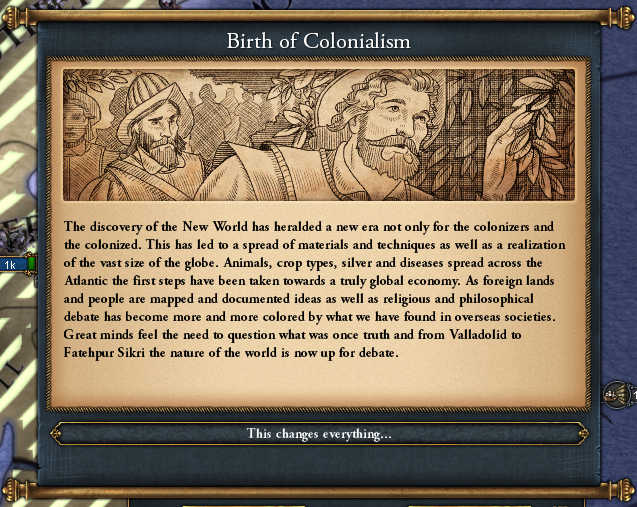 One of our advisers had an awesome idea: what about we officially finance colonization? 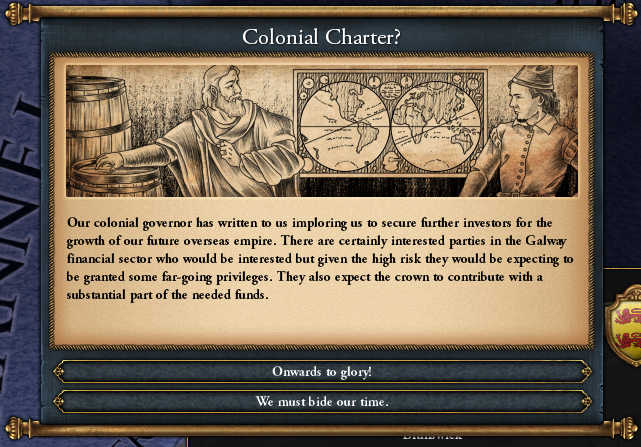 Realistically, beating Saxain was hard. Having an alternative way of expansion was essential.

In the 1520s, Clanricarde attempted to wage a war with Saxain, with Spáinn support. The war was nearly a disaster, since the Saxain navy was dominating so that Spáinn can do absolutely nothing, while the Saxain allies can bring their troops onto the island. While Clanricarde had the upper hand at first, the numerical disadvantage soon became too huge to overcome.

Thankfully, the other Clanricarde ally, Fhrainc, was able to join the war at the right moment. While Fhrainc navy was no match of the Saxain’s either, they were able to crush Saxain’s allies on land to ensure a white peace. 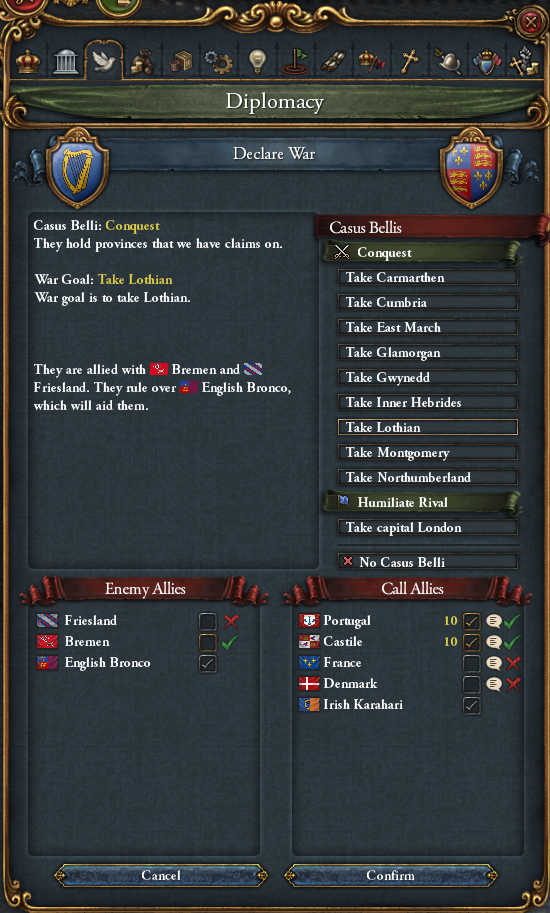 A second attempt started in 1552, with Spáinn and Phortaingéil as allies, but more importantly, with Éire now having a much stronger army.

The old fort in West March was demolished. Forts only protect you when you are slightly weaker than your opponent. You do not need them when your army is significantly stronger, and the terrain is narrow by itself. 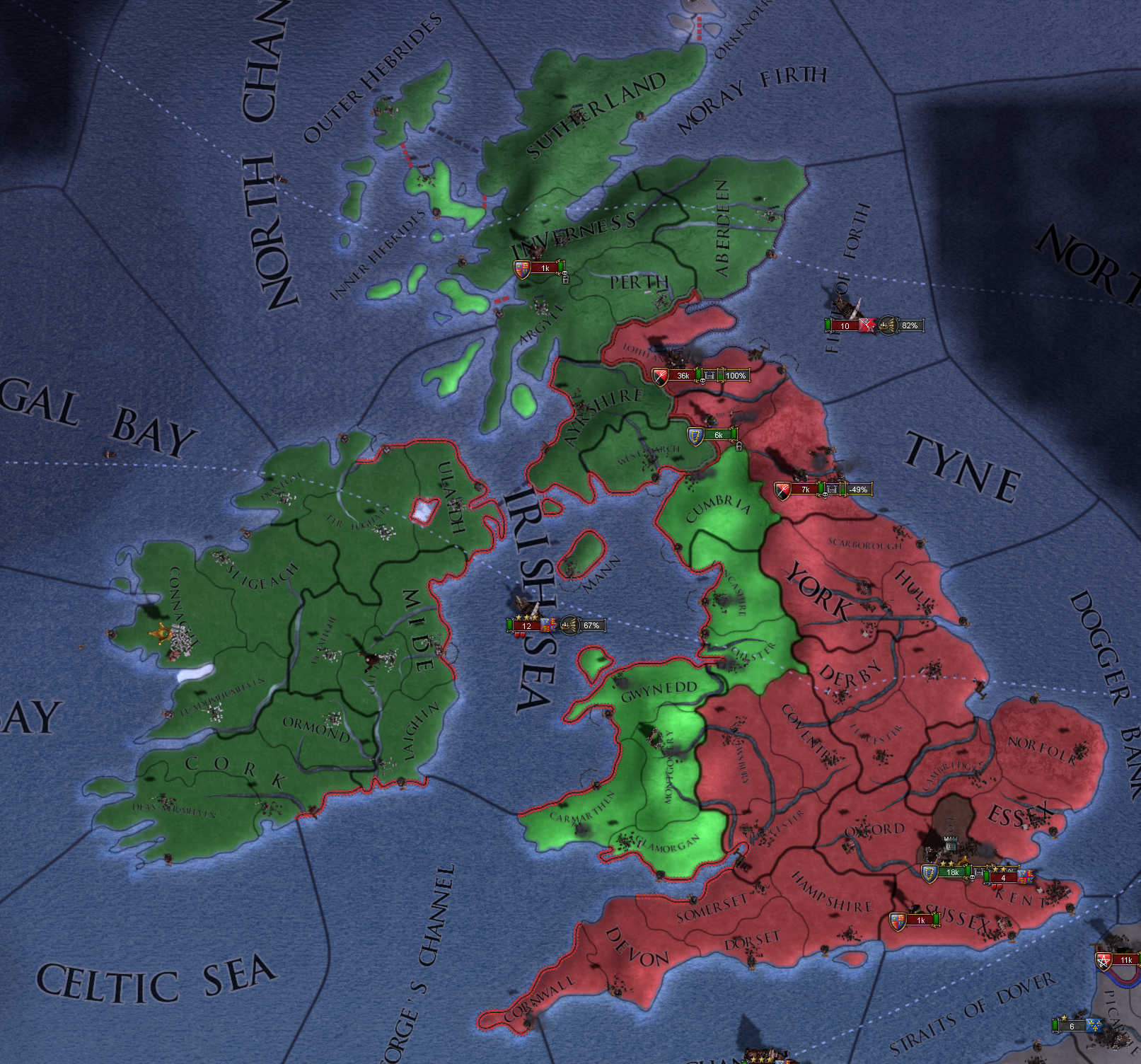 Saxain ceded Bhreatain Bheag and the northwest Saxain region. This helped us to keep the lands connected, and fulfill the missions that open up more free claims. 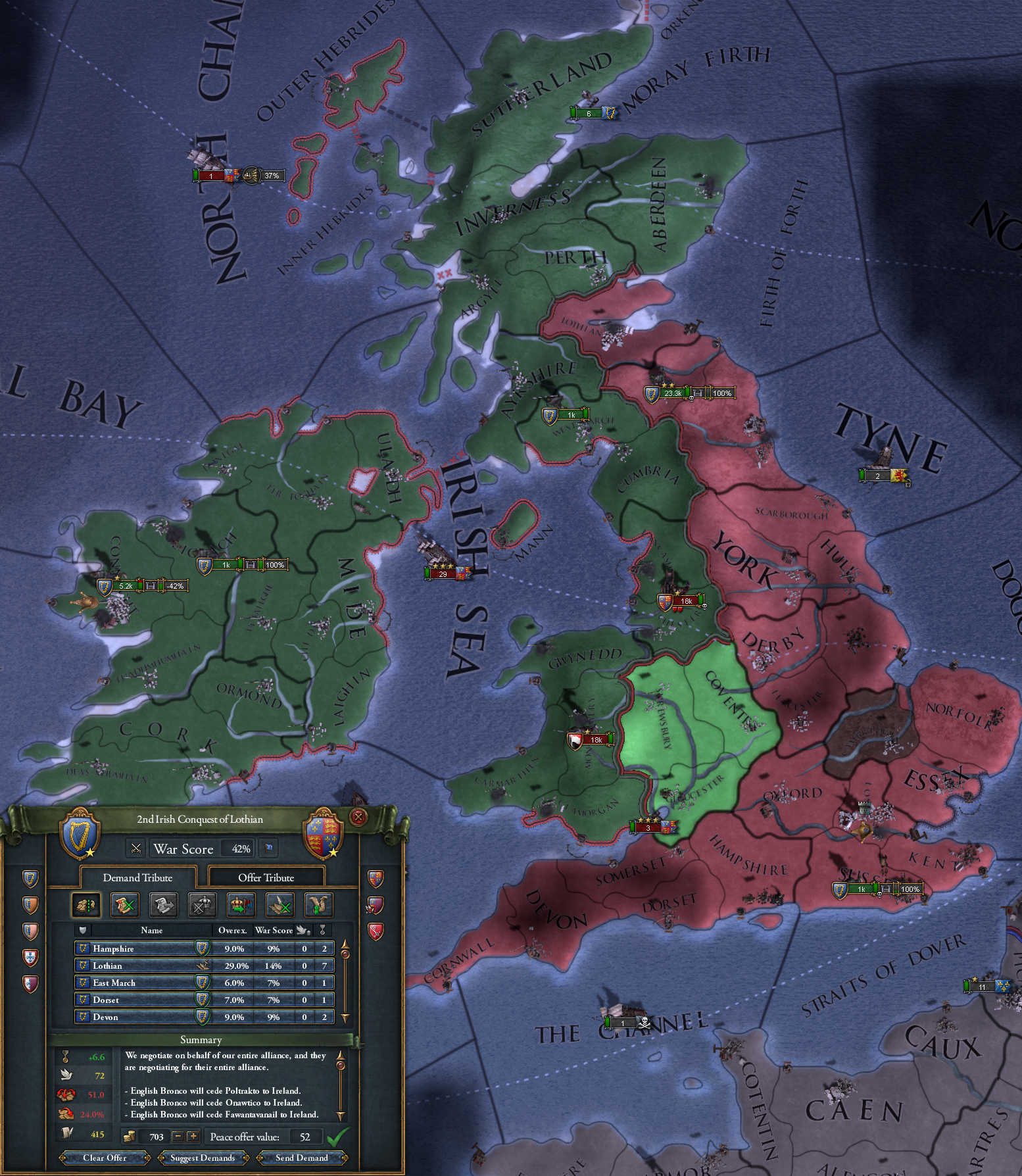 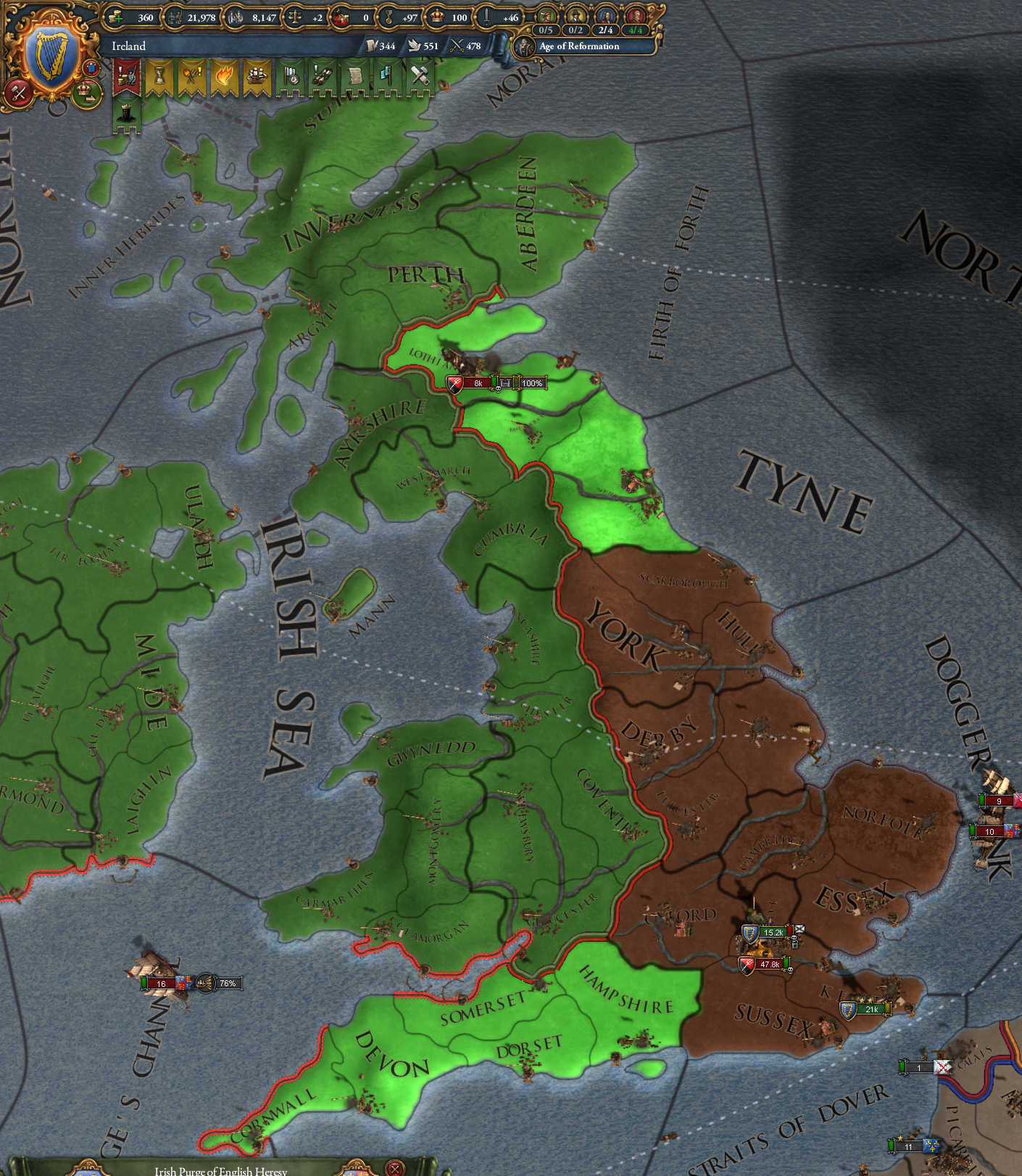 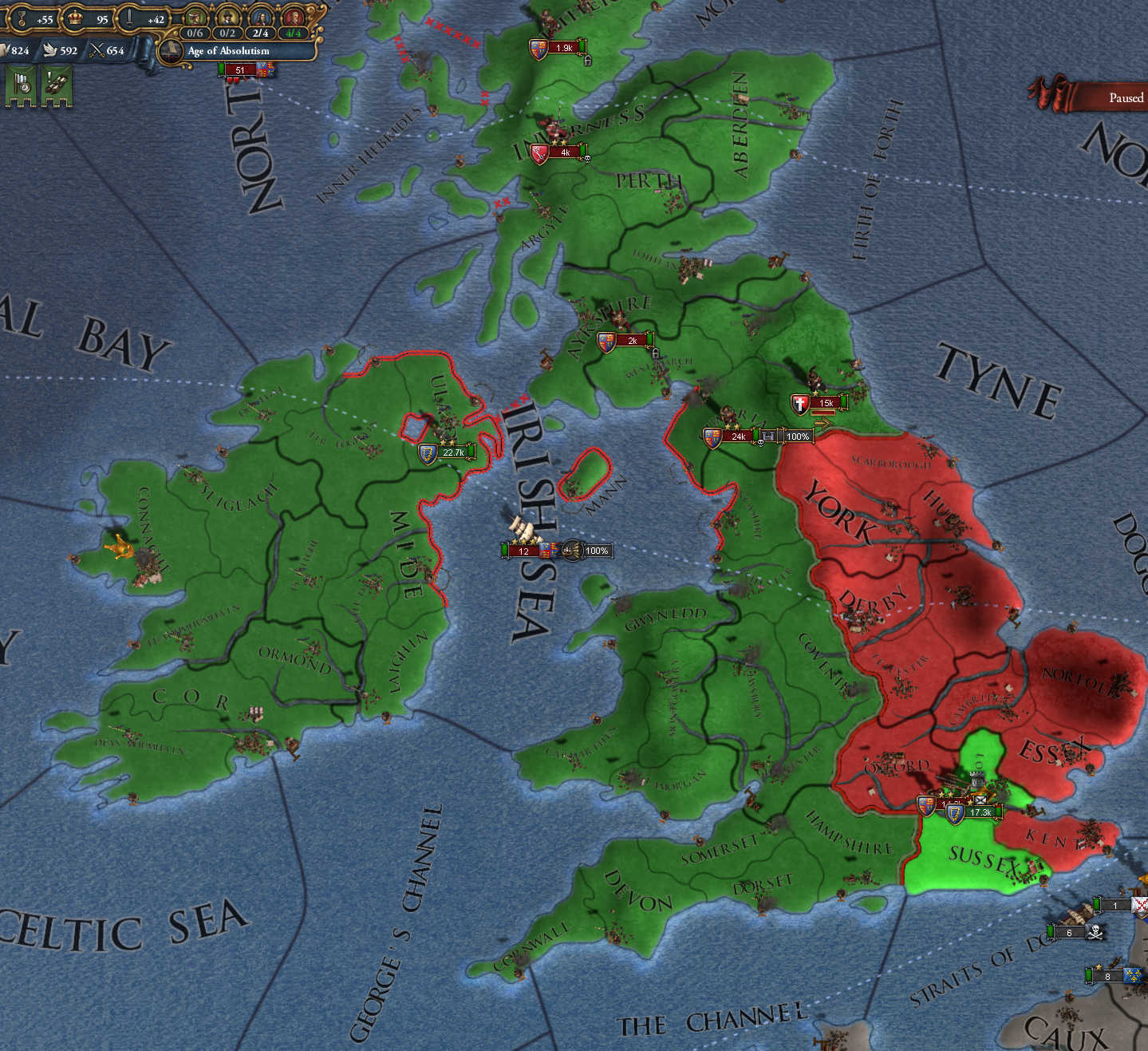 With the fall of Londain, Saxain ceased to be a threat to Éire. Anyway, Saxain was annexed step by step, and the process was only finished in 1685. 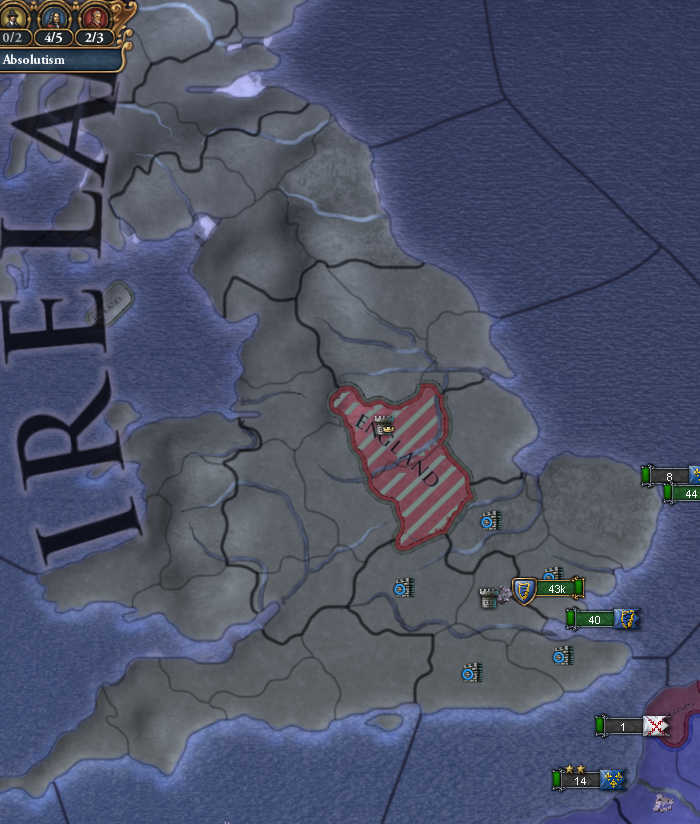 Éire used to have high kings. But after the Norman conquest, they had only lordships. After Clanricarde had united the Irish lands, they had been thinking about how to establish a new Kingdom of Éire. There was administrative details to be worked out, and since the Lordship was approved by the Pope and Éire was still Catholic, diplomatic resolutions were also needed. 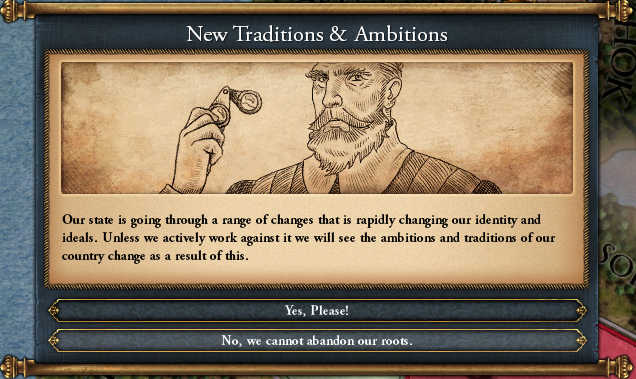 Keep the Clanricarde tradition, of course.